I feel so humbled to announce that Dead Original the new trio that I sing and songwrite for will be having it’s debut cd release party at Cubby Bear Wrigleyville on Sat July 6th! This is the very same venue that I got my start as a singer/axe man rocking the stages as a pretend Kurt Cobain w/ SLN before eventually writing my own stuff. 🤘🤘🤘 It’s been a lot of work immersing myself in the studio! MAN IT’S A LOT OF WORK! It’s not like I just had to show up and drum for someone! Man do I have more respect for songwriters and bands that are out there writing/recording and touring to support their releases! 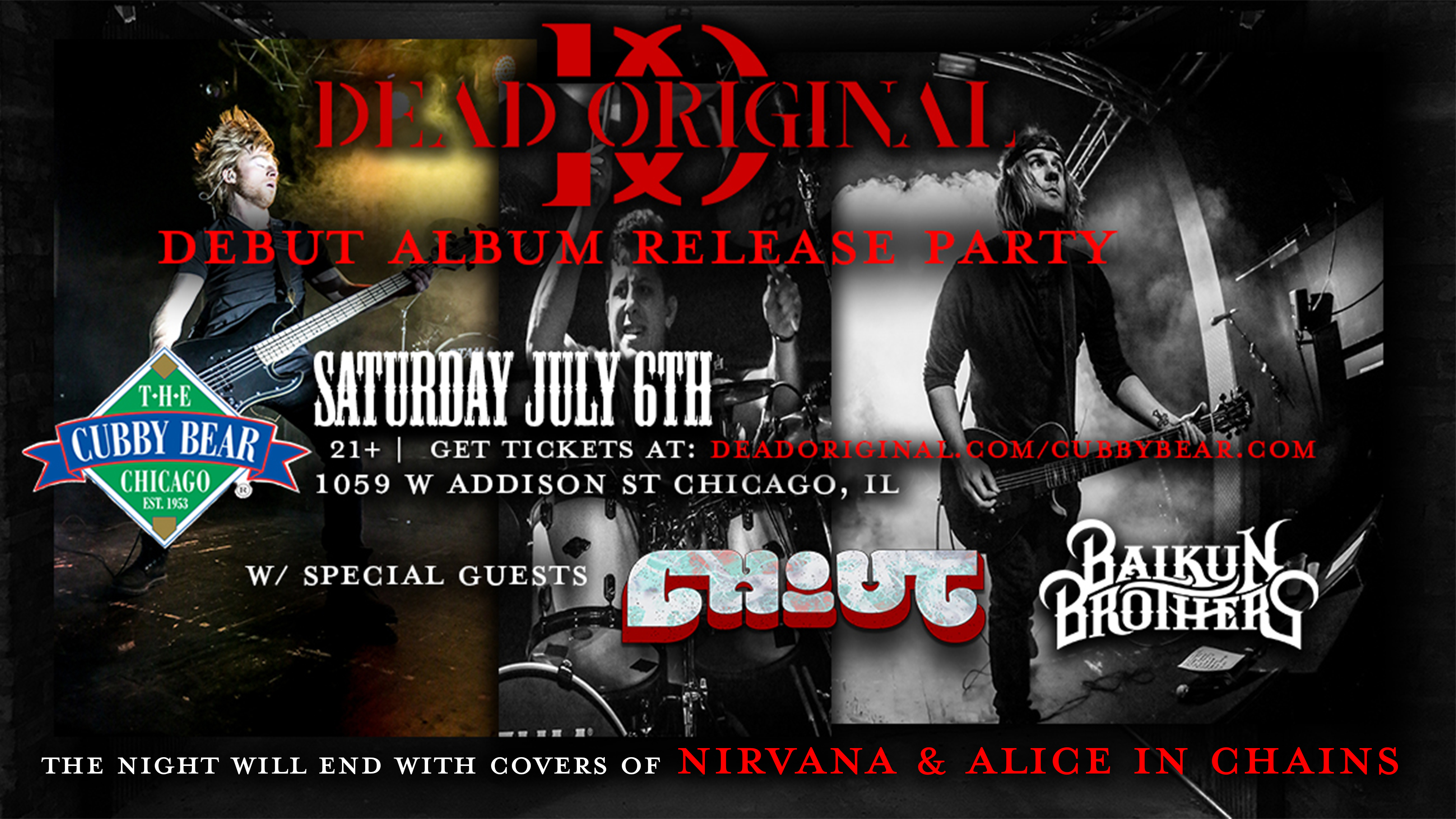 Joining us will be our friends Chout and Balkun Brothers from Hartford, CT! If you want a taste of our upcoming debut album then stream our songs “Bored Again”, “Bought and Sold”, “Fade to Light” and “Restrained”. Everyone that buys a ticket in advance via deadoriginal.com will get a free physical copy of our album at the show 👊🏻