Paul Wandtke currently drums for his very own band BEDLEM

and front’s his very own band Dead Orignal

Paul Wandtke has taken the world stage with the Orlando based heavy metal titans TRIVIUM making his debut via a surprise arrival at Knotfest on Dec 5th, 2015 to a crowd of 40,000 people followed by 3 U.S. runs and two Euro runs which included headlining runs as well as festivals such as Germany’s *Graspop Metal Meeting 2016 (0ver 100,000 people in attendance), *Download France 2016, Chicago Open Air 2016 and many many more fests. Be sure to review the credits of this page to review other festivals that Paul has played with Trivium.

MORE BIO INFO on past accomplishments:

Paul Wandtke is a Chicago native of which has been to over 45 countries as a drummer. Paul studied at Berklee College of Music, is a columnist for such magazines as Modern Drummer and Sick Drummer Magazine and he has most recently drummed for the hit musical Rock of Ages.

Says Paul, “I was blown away when Trivium had contacted me. I have been looking for a place to call home all my life, a home of brothers with similar tastes in music, musicianship and goals. I’d like to thank Dream Theater’s Mike Mangini for getting us in contact. I couldn’t be happier, this is literally life changing. Never give up, be yourself and rock on.”

Read about the full story via Paul’s March 2013 News Page or click “HERE”.

Paul most recently toured and drummed for Kill Hannah during Kill Hannah’s main support run with The Smashing Pumpkins.

Paul Wandtke is well versed in many music styles from rock, jazz, latin, top 40, world music, jam band and more. Whether a band leader is on stage or not, Paul makes sure to deliver a groove so inviting that the whole ensemble and audience is having a blast.

Paul is slowly becoming the who’s who in the industry having been to over 45 countries as a work for hire drummer and by receiving endorsements by some of the world’s top brands and manufacturing companies. On top of drumming, he’s recently launched an original music project called Dead Original. Check out Dead Original at www.deadoriginalmusic.com

Paul was born and raised in Chicago , IL and began his drumming career at the age of eleven by performing around Chicago with numerous rock, punk and metal groups. Most notable while residing in Chicago is that early in 06′ Paul collaborated/rehearsed with members of the band

including frontman EDSEL DOPE and lead guitarist Virus in hopes of a new side project but the concept of the new group exhausted. Paul has performed/recorded in all types of musical settings including jazz, latin, blues, progressive rock, electronica, fusion, dance, punk, ska, musical theatre, but is best known as a rock/metal drummer.

Paul is a freelance lesson contributor for drum magazines such as Sick Drummer Magazine and Modern Drummer Magazine. He just wrapped up a six-lesson series with SD magazine covering topics about the importance of reading drum notation and he just submitted a 1,500 word article to Modern Drummer tentatively titled “Drum soloing in the live rock/metal context” which will be published very shortly. Paul also is an avid drum instructor both when he’s not on the road and via Skype.

In the past, between school and other events Paul would often be found on the waters playing for cruise ships. For instance, Paul was the showband drummer for Carnival Cruise line’s “Carnival Conquest Orchestra”. The Orchestra performed a total of six nights a week in the Toulouse Lautrec theatre. The shows included three Production Shows, two Big Band Sets and one excellent Motown set. The Toulouse Lautrec theatre holds over 1100 people, and the Conquest Orchestra performed two sets every night and that’s a total of 2200 people that would watch the group and Paul perform.

Prior to his studies at Berklee, Paul has studied percussion at the Joliet Junior College (an accredited school of NASM)and received his Associate in Arts from JJC. During percussion ensemble performances, Paul would often times be featured as a soloist artist on various percussion instruments including the xylophone, marimba, and timpani. Paul understands that both drum set and percussion can go hand in hand, that’s why he has studied both art forms.

For Hire (if time allows):

To find out what Paul can do for your project, then check out www.paulwandtke.com/studio-work. Feel free to contact him via email or myspace to schedule an event or session.

Drumming for Rock of Ages the hit musical, performing 6 nights a week 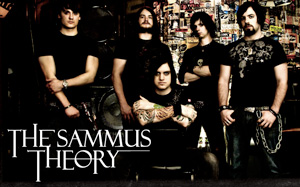