Paul Wandtke will be making his Broadway debut this year for the hit musical ROCK OF AGES. 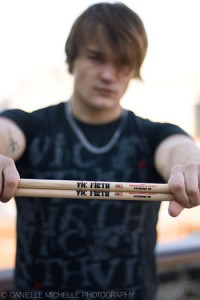 “Dude, no freaken way, I just came home from a cruise contract and my friend that I toured with in Kill Hannah during The Smashing Pumpkins tour, recommended me to the producer of Rock of Ages. I asked for a recommendation from Mike Mangini and he wrote a nice testimonial about my playing. I forwarded the testimonial to the producer, then boom I got a phone call and got the gig! I’m so stoked to be able to rock the stage for this awesome musical. Who could ask for more? Rocking 80’s tunes all the while getting a steady paycheck; priceless! I too will also dedicate my time, writing my debut album for Dead Original, please keep up with me as I want to take over the world with my original music” ~Paul Wandtke

“Beyond possessing just talent, Paul Wandtke’s work ethic and effort to get a drumming job done quickly will equal or surpass anyone else’s. Even more importantly, he will do it with respect to those around him and to the music.”


Also special thanks to Justin at the Music Garage and Vic at Vic’s Drum Shop for reserving some rehearsal time to help prepare Paul for Rock of Ages! You guys rock!