I had the honor of studying with Mike Mangini during my tenure at Berklee of College of Music and all I can say is that it was a freaken blast and it’s so cool to know that he’s in one of the coolest bands in the world!

I kindly asked him to write a testimonial and he did so!

“Beyond possessing just talent, Paul Wandtke’s work ethic and effort to get a drumming job done quickly will equal or surpass anyone else’s. Even more importantly, he will do it with respect to those around him and to the music.” – Mike Mangini (Drummer for Dream Theater.)

I shared with him what I’ve been up to and he told me to keep at it and be true to myself; WHAT A COOL DUDE!

Confessions of a Rocker part 2: LIVING the dream BARELY living. 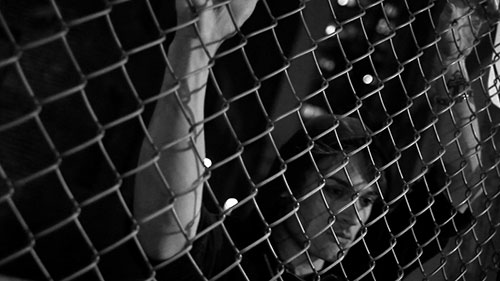 My gig is a prison of music, we play 6-8 hours a day. The gig is so brutal that our bass player has quit.

I still stand, & I’m giving 110% to my craft of songwriting, gtr, vocals in between sets for my original project at www.deadoriginalmusic.com

I’m not a fortunate one in the financial realm. Growing up in a blue collar household with not much money, most wouldn’t dare to become a musician, but I did it; I’m doing it.

Right now, I’ve sent over $5,000 the past month (luckily it’s money from my current gig and not savings) to help pay for rent/mortgage for my parents house. Ever since 2009 there has been a financial stand still with my parents mortgage payments. I had to even quit a touring rock band because the pay wasn’t good enough.

Everyone, often thinks I’m some spoiled prick, but I’m not at all………….I’ve been working my ass off.

I’m a self-made dude, nobody was ever a trained musician in my family and I was never a musical prodigy, I just worked my a## off and still do everyday.

Every musician that has worked with me thus far is often shocked when I tell them the struggles of my life getting to Berklee and becoming the drummer that I am today, receiving endorsements/touring nationally.

Musicians are often shocked asking, “you got your own student loans with out a cosigner?” Man, “if it was me, I wouldn’t have gone to school for music let alone try to pursue a career in music.”

Well, I tried to get a cosigner and that didn’t work so I held a day job for two years to build credit prior to the big move to Boston.

I say, “music is life.” I wanted to become a virtuoso for the sake of being a virtuoso.

Now, I’m bitter, I’d rather be an artist that follows his heart and dreams by writing his own music. At first I was by trying to be a “professional” but to be frank; I really hate that word now; I prefer “artist”.

Why did I want to become a “professional”? Back in the day I was in an original rock band that was destined to make it. I quit, then months later I was beaten to near death by a former member of the band. I had to stay in intensive care for 5 days and it was a trippy nightmare cause right after that, I had to go to court and go on trial against the guy, a dude that was once my best friend

We were untrained musicians that stood for everything rock and against the norms of learning about music. Ever since that near death incident, I decided to devote my life to music.

I decided to learn everything and anything about music, in hopes to become a professional rather than an original rocker.

To aid in my new agenda of relieving my angst, I’ve started Dead Original, check out the web at www.deadoriginalmusic.com

Dead Original is a name that’s inspired by my infatuation with club 27 and the need to be a rock artist that’s 110% writing and playing his own stuff without the use of backing tracks and gimmicks.

I feel rather than developing skills to master my instrument of what should be is now not a priority. I’m more fond of people who actually write their own music, who invented their own styles, not trying to be a master of playing their style. I respect all the heavy cats out there doing it, it’s just not me anymore.

I’m not fond of being an athletic musician anymore. I want the story, what are you saying? Paint the picture, less is more.

At home I have a beautiful girlfriend that believes in me and yet I’m miles away from her, including my family and friends. I’m stuck surrounded by metal walls and the corporate gamut of playing music for money. I’ve been away for 3 months now.

Well I guess I’m paying my dues, but I owe so much money to student loans, credit cards and my family (every dollar earned from this contract has gone towards my parents mortgage because they have needed help with payments the past few months.)

By the time, I break out of this financial fiasco my music will be ready to take on a storm. I wanna shake the earth with this shit, I want people to love it, I want people to hate it. For the very first time, I will not be holding back as a musician. No more thinking about doing what is right to be a professional. It’s time to be an artist , it’s time to break all the rules, scratch them out and write my own because there are no rules; there never was.

A new chapter in my life is opening from all of my experiences as a musician; there’s this angst, I feel like a little kid again; that’s music!

Also of which I hope that kids get off their computers and start going to rock concerts again because sooner or later us humans will probably have chips in our brains instead of iphones. I wanna wake up the human aspect of music by rocking without click tracks and backing tracks; live you’ll hear drums, gtr, bass and vocals.

Also see what Dead Original has been up to with their new upcoming single/music video shoot for Crazy About You:

Find out how PaulE got his start in the music industry, here’s a great EPK featured on one of Paul’s sponsors websites Evans Drum Heads:

PaulE is heading to Rekjavik, Iceland!

Here’s a pic of PaulE at his work place of music, and he made a
nice mini-blog for it too READ ABOUT IT peoples: http://twitpic.com/avgjem 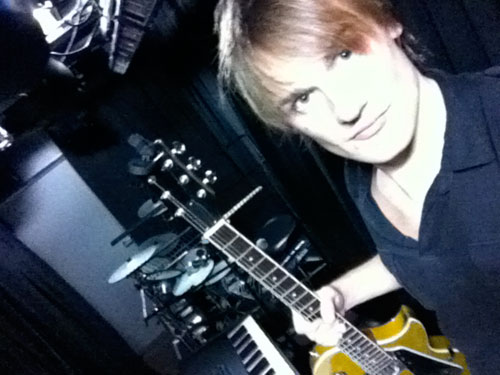 (PICTURE ABOVE IS ME AT MY LATE NITE WORKSPACE I call it, Paule’s castle, what’s the hastle? jk that’s some stupid phrase another vagabond musician made up)

I’m treating my current gig like a record label that’s funding my original music project and my music craft. Having 110 % focus on music is probably the best thing for me if I want to be the musician I want to be in www.deadoriginalmusic.com

It’s been tuff this gig, I mean if all I cared about was drums then it’d be a piece of cake but all my spare time is devoted to my other areas of musicianship.

Here’s what my day was like today and how most of them operate if not in port.

11am-12pm “mandatory rehearsal” for an act I’ve never performed with usually 10-20 charts to sight read, for a vocalist, string or pianist and we play the set on the day of.

Break to grab lunch which is actually my breakfast.

2pm-4pm of free “practice time” I usually grab my axe and work on technical and theory things, night time is creative time.

4:30- 5:30 Another mandatory rehearsal for another show for another vocalist, string or pianist depends on what guest entertainers are on board. Other days we do production shows, with music of broadway and motown classics.

Showtime 6:30pm Tonite was a show for a comedian that sang 10 songs.

7:30-9pm free time to practice, today I worked on certain and different types of vocal techniques.

RIGHT AFTER THE SHOW we always have to perform dance parties from 11PM to 1AM and sometimes till 2am.

Then usually from 2am till 4am, I work on my own original music for my original project www.deadoriginalmusic.com

Do you call this living the dream, or barely living? I’ve been to over 45 countries now which is nice.

This is the first cruise gig that I’ve had to work this much but hey my salary is 3,#00 so I shouldn’t really complain or should I? and yes I put an # in case any musician I work with sees this. So they don’t know my actual amount, not good to know each others salary; creates drama.

Support my original rock music by checking out and liking facebook.com/deadorignal

I wanna be out on the road in the next couple years so please support your local rock neighbor and tell them to like the page as well!